The familiar is a vision to behold, but what about the things that have become so familiar they are invisible to the eye. This theme explores images we fail to see that form the backdrop to society: the birds flying from tree to tree, people carrying out jobs which we take for granted, the destitute or homeless that society has become so accustomed to that we no longer see them on our streets. 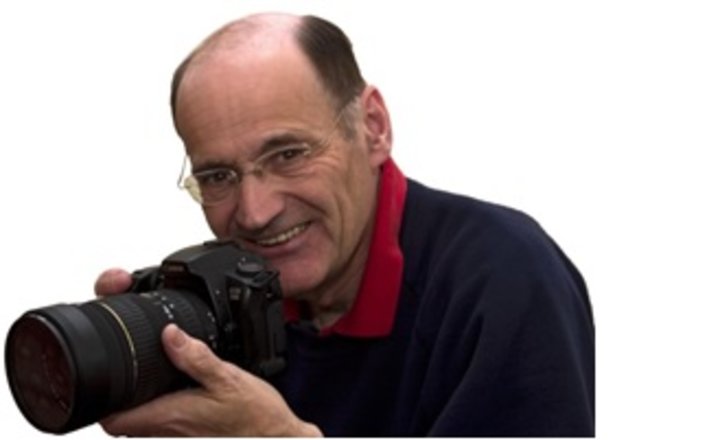 Originally from Surrey Jim Hartje moved to Peterborough in 1974 with a young family and got really interested in photography as they grew up. He has been a member of Peterborough Photographic Society since 1981 and he is now their Web Master. He is an Associate of the Royal Photographic Society, a North & East Midlands Photographic Federation Lecturer and a Photographic Alliance of Great Britain Judge. He is also the holder of the Excellence FIAP, and British Photographic Exhibition 5 Crown distinctions – through successful participation in both national & international exhibitions.

In his formative years, Jim dabbled in both monochrome & colour printing, but was more widely known for his derivative work in the darkroom in Pictorial Slides, and Natural History – with his Wide Angle Fungi shots in Habitat.

Jim has always been fascinated by computers which have now become a creative aid to his photography. He says: ‘The transition from film to digital capture now kind of gives you a second chance to get it right if you did not quite achieve that at the time of taking. I firmly believe that there is not a camera in existence that will take the perfect picture as you actually see it at the time, so there is always the need for some, if only minor, tweaking.’

Jim takes his images on Canon 35mm digital cameras and tries to break away from the rules and constraints of traditional photographs through the use of a bit of creative license. ‘My tidying up, manipulation – call it what you will – is now done mostly in PHOTOSHOP and the plethora of other associated software available, which, some might say, now takes photography to another level and could be described as Fine Art or Creative Expression.’

Having been on the list of PAGB Judges for many years, Jim gets invited to judge competitions and be a selector for Exhibitions, from your Monthly Club Competition right through to the major internationals.

Unlike many environmental images grabbed on the hoof, this image is very poignant and almost exploitive of the young vulnerable child who, to all intents and purposes, finds himself in this unenviable position of having to beg on the streets. It is plain to see through his sideways glance that the child is aware of being photographed and it is this crucial eye contact that creates the synergy with the camera. Most importantly the photographer is telling the tale from the child's viewpoint having got himself into a low vantage point to capture it. This is echoed by only being able to see the legs of the adults walking towards him in the distance. The deeper you go into this image the more of the story unfolds. His clothes are ill fitting and grubby and he has that vacant look of desperation about him. Many of us would just pass him by and look the other way, so I think this encapsulates the theme so well of this competition and is my winner.
The reality of this image is that this is all too commonplace these days and is a reflection of today's society. The image is very emotive. As the viewer you are not sure if this is just the result of an act of vandalism, fire damage or whether it is just the squalor and state of disrepair that this kitchen has fallen into. The image may have been enhanced in some way but I love the punchy colours and the overall grimy feel about it. To all intents and purposes it looks like the kettle was on and this was lived in and shows in a graphic manner what can all too easily happen given the wrong circumstances.
This is gorgeous. The image encapsulates the very tender moment when all the elements come together as one. The puppy nuzzles up and almost gently caresses the small child whose face is a picture in itself, eyes closed turned slightly away from the puppy in expected anticipation of having its face licked. Meanwhile the little girl on the right of the image is totally engaged with what is going on and has that impish smile on her face as if it had been her that had put the puppy up to it. The monochrome format suits the whole scene to a tee and the lighting illuminating the wall gives some extra dimension to the image.
The capture of this image in infrared gives us the opportunity to see something on record that is all around us but not visible to the naked eye. It is the skill of the photographer and any after treatment, such as Channel Swapping, that brings us back some reality into the sky in this delicately balanced landscape whilst all the beauty of the vegetation is left to show us how the Chlorophyll reacts under certain lighting conditions. This gives a fluffy softness to the scene but retains the detail throughout.
This is a real fun image - boys will be boys - not sure how much water it will take to get him back clean again. This image is very symmetrical in as much as the central character has adopted that pose. He is then complimented by the legs of another four children at the top of the image enjoying the same frolics in the mud as he is and gives added strength to the composition. The soft lighting across the clay gives it that glossy, wet feel to it and gives body to the whole scene.
Although this image is undoubtedly set up, it conveys such a strong message that it stood out and is included in the Highly Commended images. What I particularly like is the detail and patience of the photographer - waiting until the cigarette is almost burnt down but still has all that ash on it. The startled look of the smoker as he comes face to face with his nemesis, almost as though the hands holding the skull through the slots in the wall are having an out of body moment - so well positioned diagonally across the image for maximum impact.
Wow - this is really taking the "Unseen World" to the limits. How many of us would have got to see this if it was not for the ingenuity and skills of the underwater photographer that took this image. It has an amazing clarity and separation, even from the divers very close behind, and so much detail is shown in the actual machine gun - preserved for prosperity in these clear waters on the wrecked sunken warship. It has even retained detail in the shadow areas all down to the almost perfect exposure of the image.