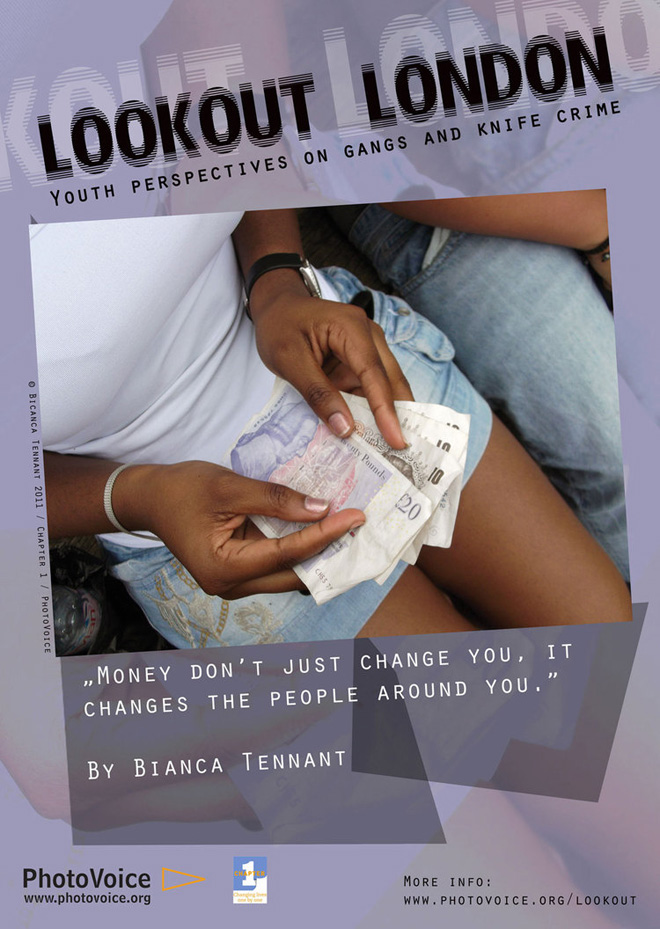 In light of the recent riots across Briton we see, thanks to our collaborating partners at PhotoVoice, the view from the ground.

Perspectives on what it means to be young and marginalised in the nations capital, the LookOut London project has put cameras into the the hands of those most affected.

The Photographic Angle will soon be touring this prominent and very worthwhile body of work.

‘As David Cameron talks about ‘declaring war on gangs’ and the public looks for simple targets to blame the criminal activity that took place during the spree of rioting and looting in August, the perception of young people in Britain is in danger of falling to a new low. Despite the fact that fewer than a quarter of those charged for criminal activity during the riots were under 18, the media coverage and political responses have been filled with references to ‘feral youth’ and ‘violent teenagers’. The issues of gangs and knife crime have gained media prominence once again as if they are connected to the same simple problem – the existence of a disrespectful, uncontrollable and lawless generation.

Representing young people only as part of these social problems damages any attempts to improve the situation on the streets. The implication is that young people are only important or worth talking about when they are engaged in criminal activity, and the pressures and dangers they face themselves are not discussed or dealt with. The issues are to do with poverty, lack of opportunity and boredom, not age, and young people should be engaged in identifying and building solutions rather than being ignored until involved in criminal or anti-social behaviour, and then being stamped on by the legal system.’