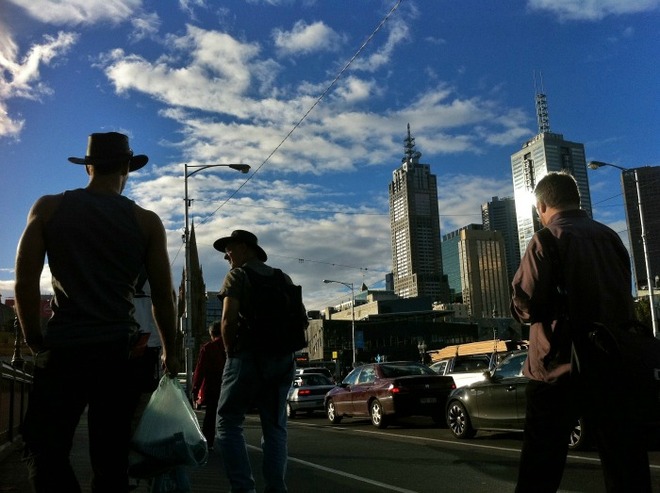 For this post we have asked five members of the international photographic collective, the Mobile Photo Group to share with us why they use mobile devices as part of their photographic process.

But first, a little bit of background about the group. The Mobile Photo Group was formed in mid-2011 and currently has 13 members from America, Europe, Asia and Oceania. The group is dedicated to promoting their work and presenting mobile photography as an important and evolving form of photography. Made up of documentarists, street photographers, fashion photographers, portrait photographers, photojournalists, story tellers, writers, poets and artists, MPG is exploring the potential of connected, social photography.[short] 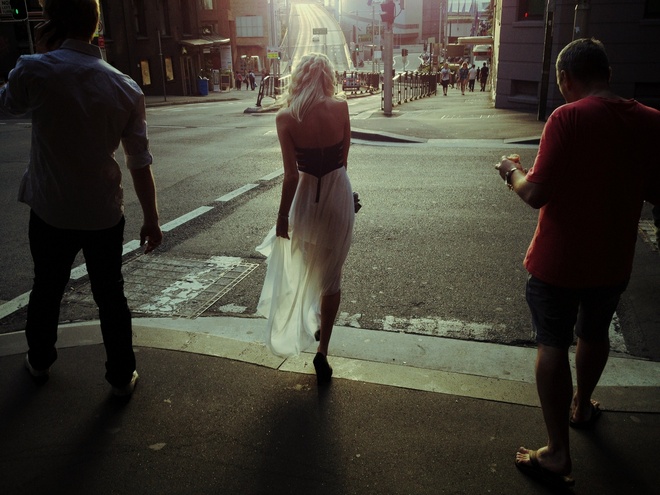 "I use a mobile phone for photography because it allows me to shoot, edit and share my images from the single device. The iPhone can take excellent images. There are limitations, but this hasn't stopped me taking images worthy of printing and framing, or including among images taken on a DSLR.

"I am able to share my images with people from every corner of the world. Mobile photography is making the world a smaller place. I've found amazing friendships that will last a lifetime by shooting and sharing images on a mobile phone. I've travelled to New York and Tokyo and met the smiling faces of people I've only ever known because of their mobile photography. There's also the friendships I've made in my own city of Sydney, and people I would otherwise never have had the pleasure of meeting." 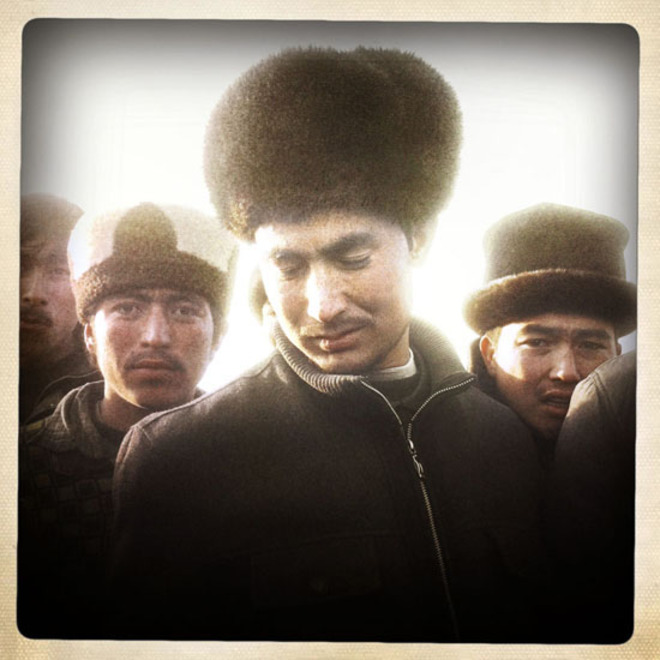 Uighur men gathered at a sports event in Hotan, on the southern rim of the Taklamakan Desert | Image by Theodore Kaye

"Conspicuous photography can be hazardous to your health in the post-Soviet world, especially in parts of Central Asia, where I do much of my documentary work. After a few police confrontations due to my pro gear, I turned to the cellphone camera as a low-key way to explore certain local issues. I've grown to like the aesthetic and unique intimacy the cellphone affords, and now plan a book, profiling the Central Asian 'stans (ex-Soviet Republics) through mobile photography alongside my more formal assignment work." 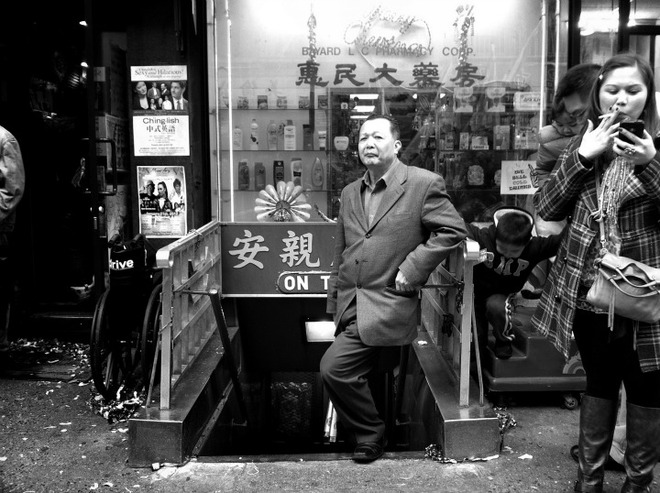 "For the past couple of years, one of the most common phrases echoed in the mobile photography community is 'The best camera is the one that's with you'. And while I believe that's true from a literal sense, I truly believe that the best camera is 'the one you're most comfortable with'. And for me, since 2008, that camera has been the iPhone – hands down.

"As a street photographer, candid shots are what I seek, so I was originally attracted to using a mobile device because it was much less intrusive and much more discreet than a traditional camera. But even that attraction has taken a back seat to the fact that the iPhone just feels right for me when shooting. While I clearly understand that the iPhone may run second place to larger DSLRs from a 'data' perspective, it gives me the freedom to compose and capture images in almost any given situation, worrying less about data and focusing more on the creative.

"I truly believe that nearly 90% of the art of photography is about what the photographer sees with his or her own eyes. The choice of camera that he or she uses makes up for the rest. So whether you're using a DSLR, a point and shoot, a pinhole camera, a film camera, or even a camera phone, it really shouldn't matter. Use what you're comfortable with, focus on the image and don't get distracted by the gear – go out and capture Just What YOU see." 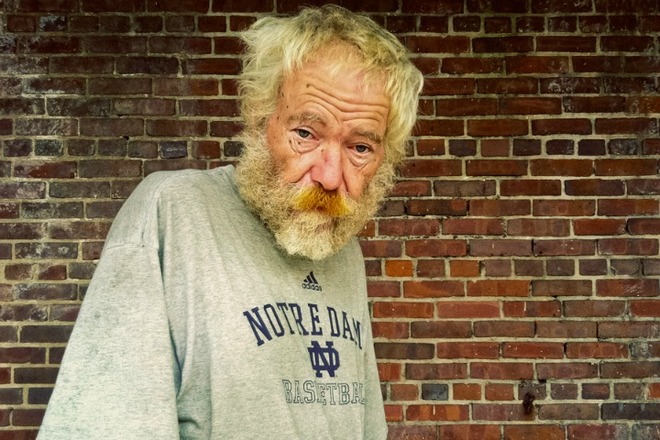 "There is something special about a street portrait. Something visceral and spontaneous. And for me there is no photographic tool more spontaneous than my smartphone.

"When I first began taking portraits with my iPhone (in late 2009) the idea of mobile photography was still a bit of a novelty. And approaching strangers on the street and asking them to pose for a photo – using a phone – was even less familiar. But the idea that I was making art with my phone was also a natural ice-breaker, and more often than not my request was met with a smile or laugh. One of my favorite things about taking those early portraits was that I had the ability to share the final image with the subject right then and there. Edited and processed and all. And as my collection grew I would show a prospective subject samples of earlier work, which most often would further secure the idea that I took the portraits seriously and that they were in good hands. They trusted me.

"All of those early benefits still ring true today, but what's most important is that having my 'camera' with me at all times means I never have to miss an opportunity. A street portrait is something that sneaks up on me without warning. And the best portraits come from faces and people that I'm immediately drawn to – without ever having to think twice. And using the mobile device gives me to opportunity to get closer to a subject both physically and emotionally." 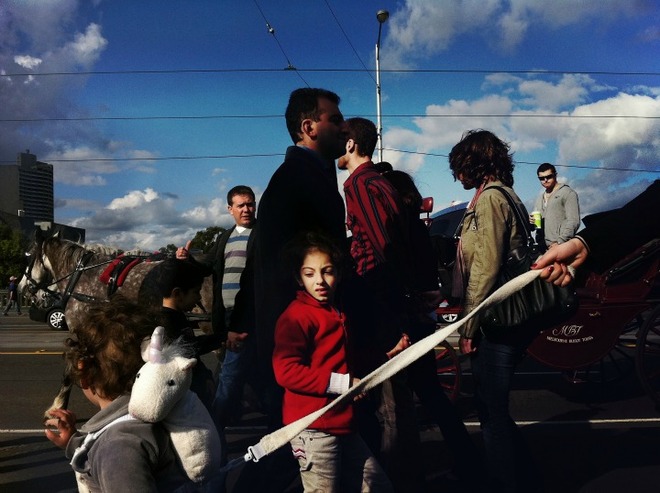 "I've been shooting with a mobile device, an iPhone for over three years. I used to over-complicate my photography, always worrying whether the photos were good enough. Since using the iPhone, I've been able to enjoy the shooting process again. Because the iPhone is always with me, I can experiment on a daily basis, shooting and editing wherever I find an interesting image. This freedom has sparked a passion for street photography and now I spend most days searching for the 'Decisive moment'.

"I also use the iPhone because of the incredible support and encouragement I receive from the mobile photography community. Each time I share a photo I know that I have a group of peers and friends who will give me honest feedback about my photograph, this helps me improve far quicker than I ever could before."

TPA would like to thank the members of The Mobile Photo Group for sharing their experience of mobile photography with us.

The only caveat is that if you abuse Diazepam Online (take too much) it will lead to depression, so stick to the lowest dose that works.